Most users are quite familiar with the drag-and-drop, desktop interface based Flash SWF conversions, using a regular Flash converter and under the what-you-see-is-what-you-get mode, which is the same as regular video conversions.

However, there is another Flash conversion under a unique environment out there not known by the majority. That’s online Flash SWF conversion takes place under the server environment and uses command line to execute all kinds of conversion tasks.

Get to Know it from the Interface

Unlike other desktop interfaces you usually see, actually we shouldn’t even call it interface, instead, we should call it Command Prompt. There is a huge difference between the two and it looks like this. 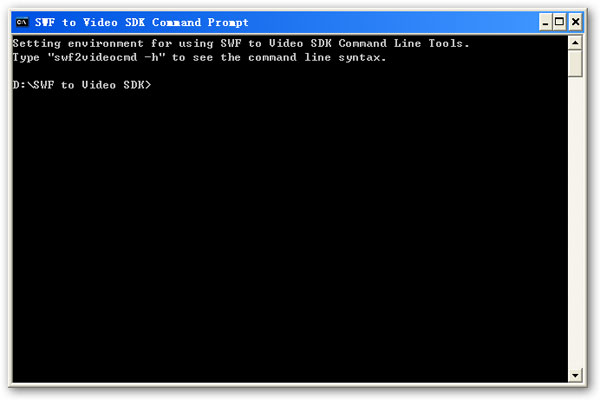 Use Command Line Syntax
You won’t find any buttons to click and all the things you have to type is the command line syntax. Below are some basic syntax for your reference and we will further explain the composition of syntax in the next part. 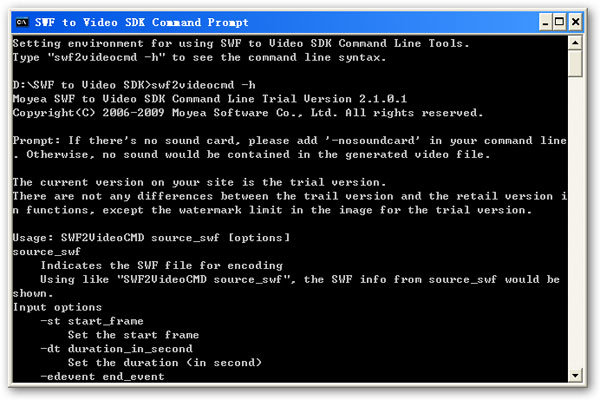 Generally there are three components included in the syntax, and each one of them is connected and organized by the Command Line Grammar. The first syntax component is called the Supported File Format List, which specifies the exact output video format that you can convert your Flash SWF file to.

The Supported Video Codec List is the complete codec reference that you can choose from during the video compression and/or decompression process. The right video codec can kind of prevent the lossy data.

The Supported Audio Codec List is pretty much the same as the video one. It guarantees the excellent output audio quality.

So far, if you combine the above syntax components using the proper command line grammar, you will get the complete syntax that will command the program to execute the specific Flash SWF to video conversion task, right in the computer server environment.
You may ask: if there is such a tool can convert Flash SWF like this, will there be something similar as well to convert among the regular video formats? The answer is YES.
Though to convert regular videos using command line is considered kind of outdated and people now prefer to use interface and buttons instead, the command line video converter does exist.

WinFF is a GUI for the command line video converter, FFMPEG. It will convert most any video file that FFmpeg will convert and it will convert in a batch-mode as well. Below is a screenshot of WinFF and it’s very easy to Google its official website if you are interested. 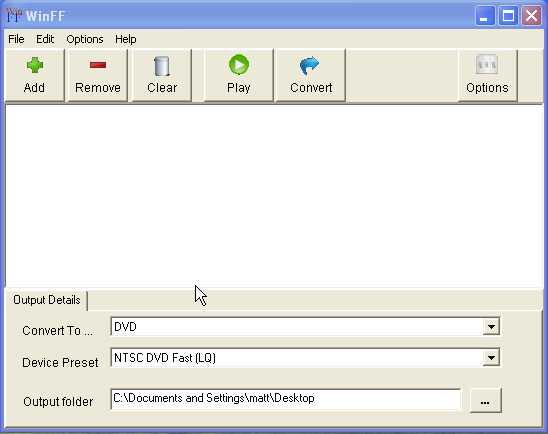