How to Edit Flash with Adobe After Effects 7.0

After going through major ups and downs in all those years, Adobe Flash is seeing itself marching downhill day by day. Though still widely used in computer field, Adobe Flash is suffering a tough time. It is not only excluded in the supporting list of The new iPad but also the latest android mobiles running Jelly Bean.

Usually featured with simple video quality and funny content, Flash file may arouse people's desires to polish them. However, since SWF file fails to be supported by most video editors, one is required to either get a powerful SWF editor or convert the Flash file for famous video editors like converting Flash for Windows Movie Maker or SWF to AVI for Adobe After Effects 7.0.

As a powerful editor designed by Adobe, Adobe Effects 7.0 is used to create 2D and 3D animation or special effects for films. With more editing features than Windows Movie Maker, After Effects 7.0 can help users to better edit Flash files. However, before editing Flash with After Effects 7.0, one needs to figure out the way to convert Flash to AVI file so that the Flash can be imported into After Effects 7.0.

Step 2: Import Flash for the conversion. Open Moyea SWF to Video Converter and then click "From Local" option in the drop-down menu of "Browser…" button to import the SWF file. 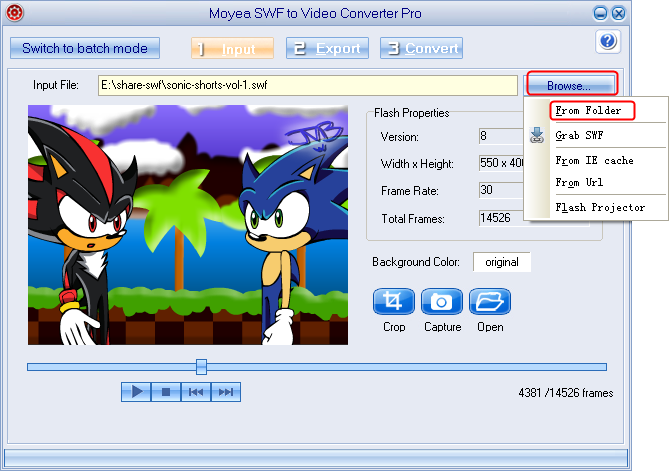 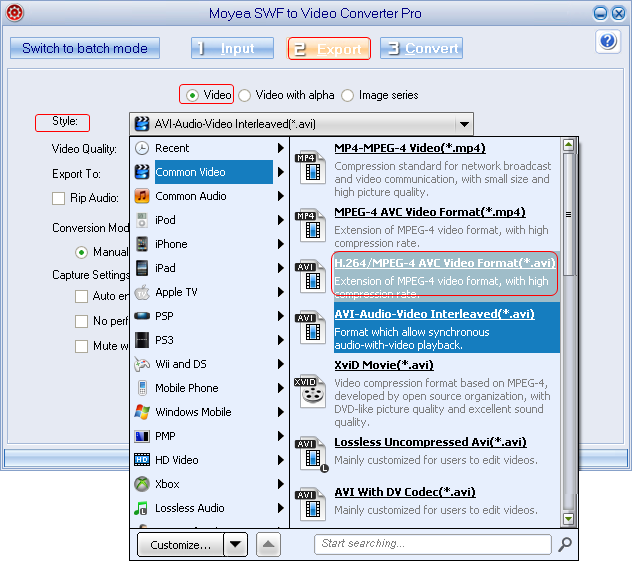 Step 6: After all those steps, one can edit the converted Flash file with Adobe After Effects 7.0 freely.

1. To customize the output AVI file for After Effects 7.0, check "Export" tab and click "Settings" button. Then video parameters including video size, video codec and audio bit rate are provided for customizing.

2. To convert multiple Flash files for After Effects 7.0, check "Import" tab and click "Switch to batch mode" button. Then users can import the Flash files at one time.

3. To convert online Flash for After Effects 7.0, choose "From URL" option in the drop-down menu of "Browser…" button. Then paste the URL address to the corresponding bar.