3 Ways about How to Play Flash SWF in Ubuntu

I know some people are wondering what is Ubuntu, no worries, let’s start to explain what is operating system (OS) first.

Generally speaking, OS is the hard-core program that runs all of your programs and manages all of your hardware and software as well; in short, it makes your computer work! You may be reading this article now via your computer, or your mobile phone, or your MacBook, or your New iPad…all of these devices are powered exactly by different operating systems.

Here are some examples of popular modern operating systems: Android for mobile devices like smartphones and tablets; iOS for Apple devices like iPhone 4S and the New iPad; Mac OS X for Macintosh computers; Microsoft Windows for almost computers you guys are using right now (and the rumor says the latest Windows 8 is coming soon in the fourth quarter this year).

Well, Ubuntu is just one of these operating systems too and it powers millions of desktops, netbooks and servers around the world, much faster than any other OSs and it’s absolutely free!

Ubuntu is free to download & install, and it’s faster, prettier, easier to use. You won’t feel there is a big difference between Ubuntu and others, and actually Ubuntu gives you more like free apps, free upgrades, free & bigger cloud storages and built-in security.

I could have downloaded Ubuntu on my computer to show you how to play Flash SWF content in it, but I decide to use its online demo instead cause it’s faster and more convenient. Let’s start the Ubuntu online tour right now!

Welcome screen you will see after the installation. 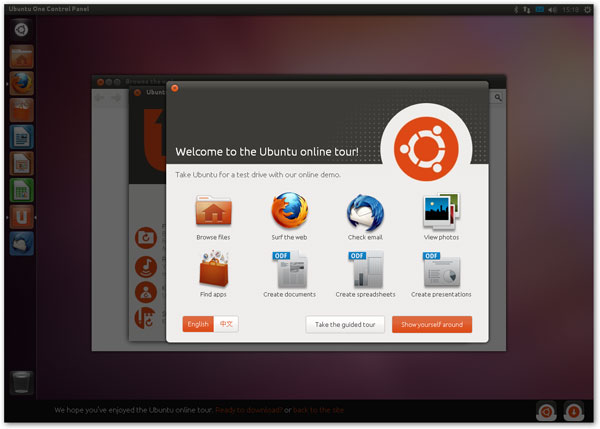 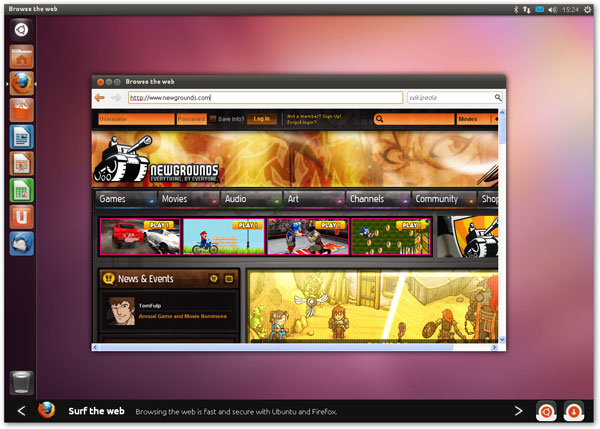 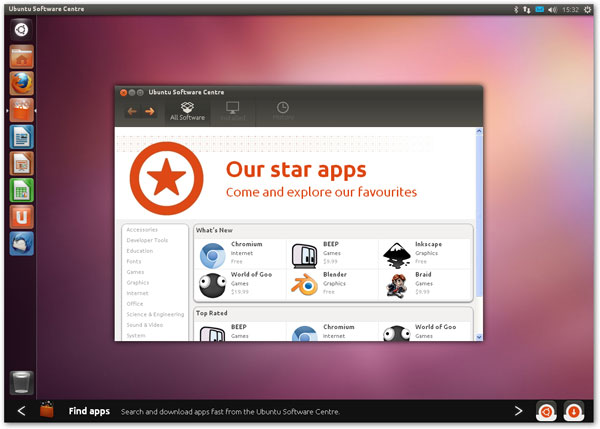 Ubuntu Software Centre is the place that you can search, download and install apps that can play Flash SWF files. For example, search for Adobe Flash Player 11 and Gnash SWF Player that are designed to play Flash SWF content in Ubuntu OS.

Ubuntu has been pre-installed or user-installed some media apps like Movie Player, Banshee Media Player, etc. that can play kinds of popular video formats. Therefore, you can firstly convert your Flash SWF files to video formats using a Flash SWF to Video Converter. 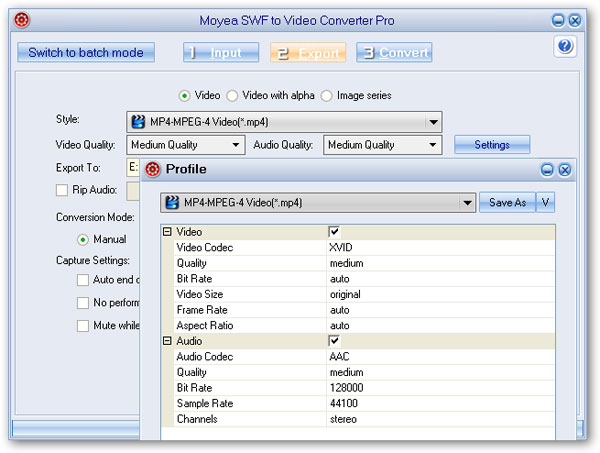 After Flash has been converted to regular video format MP4, use one of the installed media apps located in Dash Home tab to play your Flash file, here we take Movie Player (highlighted in the picture) for example. 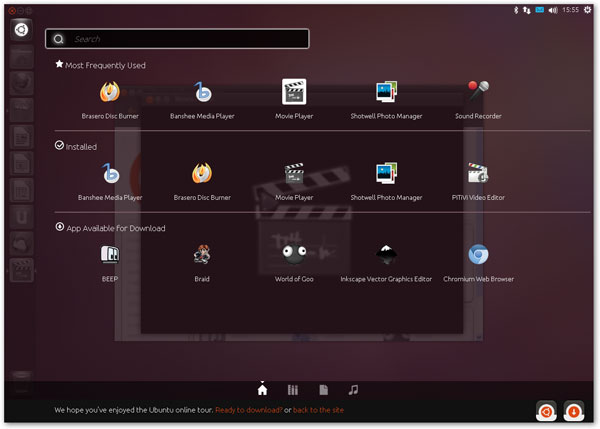 Below is how your Flash SWF content being shown in Movie Player in Ubuntu OS. Enjoy! 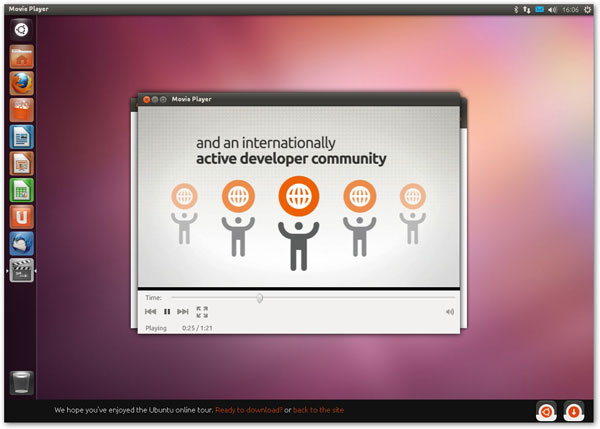