Let us start with its name Wii. It sounds like We, which emphasizes this console is made for everyone, and for interactions between the device and its users.

Wii has a lot of unique features which will be mentioned below. One of the most distinguishing features of the console is its wireless controller, the Wii Remote, which can be used as a handheld pointing device and detects movement in three dimensions. Another distinctive feature of the console is WiiConnect24, which enables it to receive messages and updates over the Internet while in standby mode.

The workflow will show you from head-to-toe how Wii can entertain you and your family.

Wii Hardware in the Box– what can you get with Wii system?

Wii Unique Features– what Wii can do for everyone?

Play as if you are really playing - motion-sensing technology makes motions you would as if you were really bowling, playing tennis, or golfing.

Games for gamers - Wii console brings thousands of games to you no matter what type of gamer you are.

Mii for Wii–Mii Characters and Mii Channel to personalize your Wii experience.

Connect to the world –online Wii console experience can never be this cool: download new &classic games, play against friends online or stream TV episodes &movies… it’s all up to you.

Though it is said Wii can display or play files in the following formats and sizes, you’d better give it a try in person to verify.

We kindly ask your attention to the following reminders as well:

Here are some Flash to Wii Converters to recommend and brief tutorials:

Wii Video 9 - it allows you to convert your computer video files (like avi, divx, mpeg, etc.) into the specific video formats that are playable on the Wii. It is available for Windows and Mac.

Flash SWF to Video Converter– it can convert Flash SWF files to all the Wii-supported image, video and audio formats and the brief tutorial below can definitely be a great assistance.

Step 1: Import the original Flash SWF file you want to convert into the program. 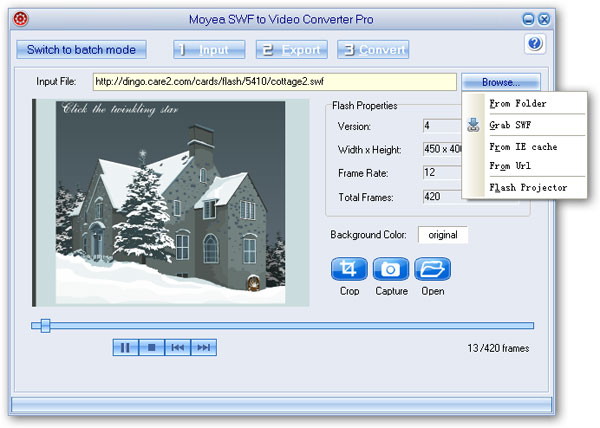 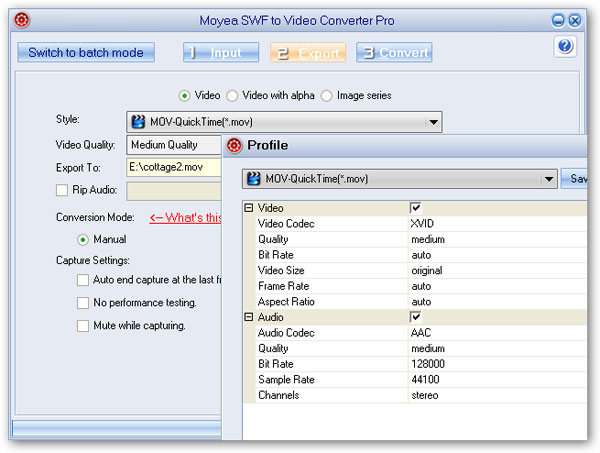 Step 3: Click Convert to start the Flash SWF to Wii conversion after a short performance testing. 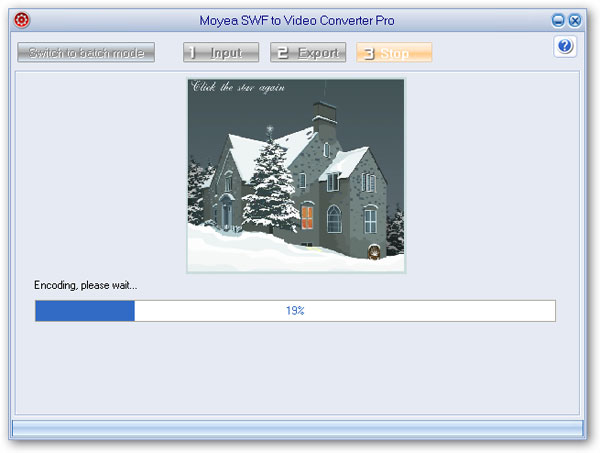