How to Play Flash SWF on Google Nexus 7?

Google Nexus 7 is the latest 7-inch tablet released by Google in its I/O conference that aims to compete with Kindle Fire. The Nexus 7 is the first Android mobile that runs Android 4.1 (also known as Jelly Bean). With quad-core Tegra 3 processor, a 1.2-megapixel front camera, a beautiful and a responsive screen with a resolution of 1280x800 and a price tag of 200 dollars, Google Nexus 7 can almost sell themselves without any promotion.

However, a piece of bad news for Adobe is that Google has declared to its decision to reject Adobe Flash, giving Adobe Flash another heavy blow after being rejected by The new iPad. It is said that Microsoft Surface is a potential device to follow suit. Therefore, it is impossible to play Flash on the Nexus 7 directly via Adobe Flash.

Consequently, the decision has troubled many Nexus 7 users because they need to figure out another way to play Flash on Google Nexus 7. A feasible way to manage it is to use SWF to Google Nexus 7 converter to convert SWF file for the Nexus 7. To this extent, Windows users can refer to Moyea SWF to Video Converter while Mac users can seek help from SWF Converter Mac. This tutorial will present you how to manage the whole processes under Windows systems.

Step 1: Import SWF file. Download and launch Moyea SWF to Video Converter, click "Browser…" button and then choose "From Folder" option to import local SWF file. As for online SWF file, download them with Moyea Free Flash Downloader and then import them. 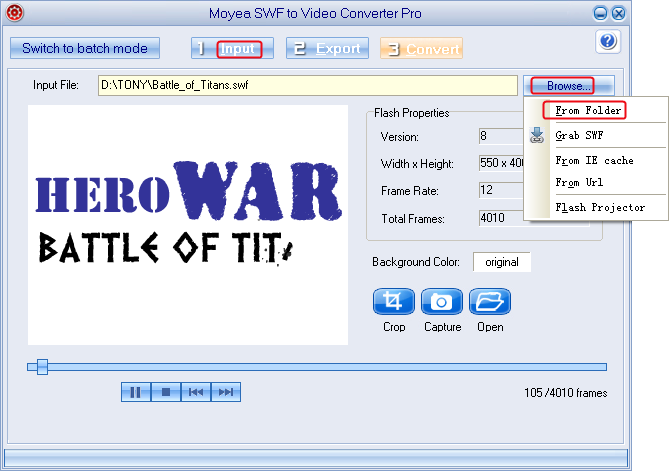 Step 2: Set the output video. Since Google Nexus 7 can support video files like MP4 video, you may just as well convert Flash to MP4 video for the Nexus 7.

1. Click "Export" tab, check "Video" and then set the output file as MP4 video in the drop-down menu of "Style". 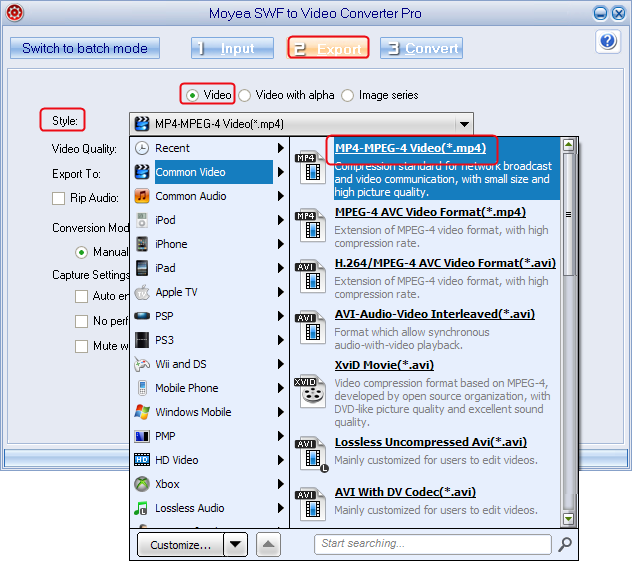 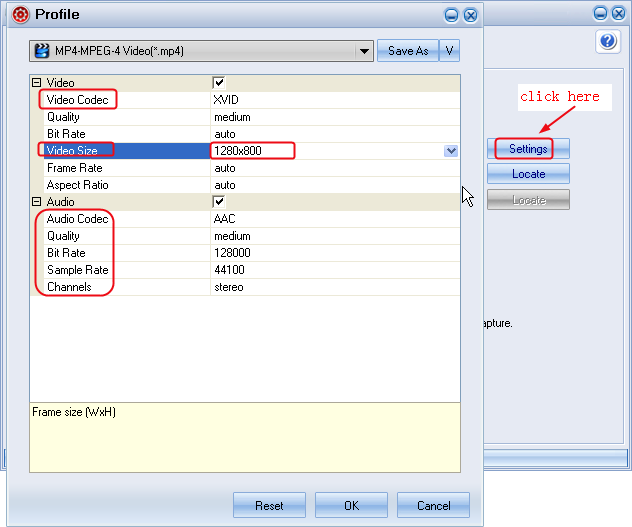 Step 3: Convert SWF to MP4 for Nexus 7. Choose "Convert" tab and then click "Play and Capture" to start the capturing while playing. When the SWF file ends, you can click "End" button to start the conversion. When the conversion completes, you are allowed to watch Flash on Google Nexus 7.