The SWF file format (pronounced "swiff") delivers vector graphics, text, video, and sound over the Internet to AdobeFlashPlayer software. The SWF file format is designed to be an efficient delivery format, not a format for exchanging graphics between graphics editors. It is designed to meet the goals of On-screen display, Extensibility, Network delivery, Simplicity, Scriptability, Speed, Scalability.

What is a PureSound Processor™?

PSP stands for PURESOUND PROCESSOR. The PSP™ circuit provides an economical solution for achieving perfect phase unity between amplifiers and multiple driver systems. The PSP™ is not a crossover. It is a "coupling" unit. Unlike traditional crossovers, PSP's patented technology cancels out the Counter EMF and at the same time provides a two way magnetic brake on the voice coil which "couples" it to the amplifier, therefore allowing it to operate freely with no added distortions allowing for pure sound to enter the system (at Crossover) and pure sound to exit ( to the speaker).

As we know Flash (SWF) is becoming the main and easy delivery format in the internet world, and PSP provides people a portable devices with rich visual and spirit enjoyment. Therefore, we may expect naturally, that thousands of attractive flash (SWF) game files on the internet would be able to played on PSP to create much richer experiences that go beyond what is possible with the source MP4 video files only on PSP. Then Moyea SWF to PSP Converter, Moyea SWF to Video Converter Pro and Standard version provides this solution. 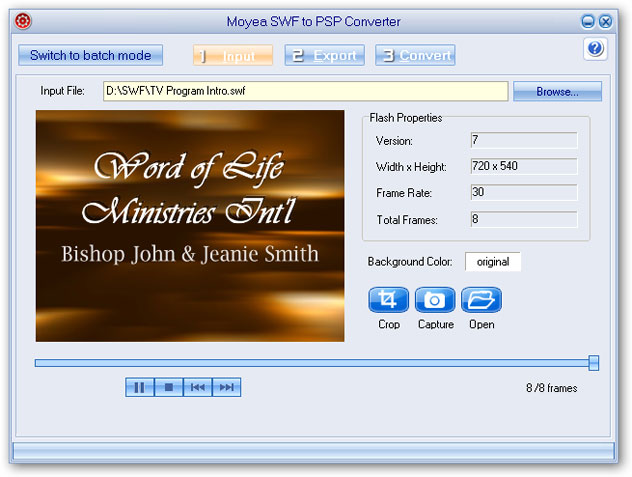 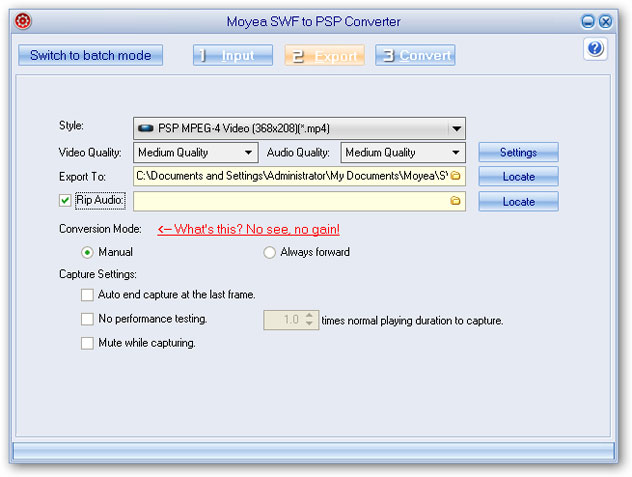